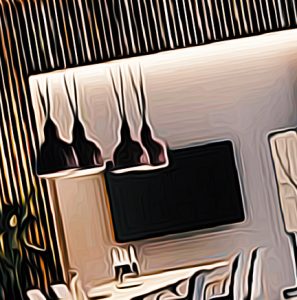 Gary looked up from his potted plant and set down the watering can, sauntering over to where his boss, Harvey, sat looking out of the window. The view was incredible, Gary had to concede. He didn’t know how any of those corner-office types actually got any work done. He supposed that was why their desks faced away from the glass.

‘That,’ Harvey pointed across the street at the skyscraper opposite them. Gary walked closer to the glass, trying to see what he could be gesturing at. After a few moments of unsuccessful squinting, Harvey rolled his eyes and smacked a pair of binoculars into Gary’s side. Grimacing, Gary raised them up.

‘Stanley and Gable?’ he asked.

‘What the hell is going on in that firm?’ Harvey confirmed.

‘It looks like they’re just… renovating? Like they’ve hired a company who specialises in office design. Melbourne should only have a few, if you want me find out who they went w–’

‘Yes,’ Harvey sighed, sinking back into his padded leather chair. ‘The big trial. The biggest trial. Stanley and Gable are our opposing council, and we go to court in a few weeks.’

‘Is that why you moved into this office?’ Gary frowned. ‘To keep an eye on them?’

‘No,’ Harvey shifted. ‘Maybe. Doesn’t matter. What matters is why they feel like they have time to… to… to organise new office fitouts! Melbourne isn’t known for its speedy renovation, dammit! We barely have time to change the coffee filters!’

‘They must have found someone good,’ Gary shrugged. ‘Quick and reliable.’

Gulping, Gary stepped back. ‘N-no, of course not, I was just saying–’

He ducked as a pair of binoculars went flying over his head, and quickly fled the office, slamming the door shut behind him.