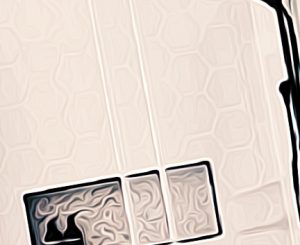 Hello beautiful people! Welcome back to another broadcast, right here from the Resistance base, by none other than yours truly, Mr Chowski! It’s time for another update on our constant battle against the wicked Conclave of Mechanists, and I don’t mean wicked meaning cool, I mean wicked meaning completely and totally evil. Those guys are bad news. Just look out onto the street and see how bad things are here in sunny Robotopia!

Things have been going pretty well here, except for the fact that—what’s this? We’re experiencing some interference. It seems that another broadcaster is attempting to hack onto this station!

Sorry about that, folks, we’re back on the airwaves. But my goodness, what an announcement that was! It seems that the missing Maphira has discovered that the Mechanists are heading right for our base as we speak. She apparently organised for some bathroom designers based near Melbourne to create a secret hideaway, with the known secret exit actually being a trap! Isn’t that something?

Now, I know what you’re all thinking. Couldn’t this be a trap? What if the secret bunker created through bathroom renovations by a Melbourne business actually leads us to our doom? I hear you, folks, but let me tell you something right now. I know Maphira well, and she completely revolutionised this resistance in just a few days. We can trust her. Even if the Mechanists were forcing her to say something, she would never break.

So, here’s Mr Chowski’s official advice: everybody at the Resistance base, head straight for the deluxe bathroom that has recently been remodelled and turn all the taps on hot, hot, hot! It’s the only way we’re going to survive this oncoming attack and live to fight another day. You heard me, let’s get moving! Even I’m heading there as soon as this broadcast ends. I’ll be continuing to send messages out right from the bunker, so keep an ear out!