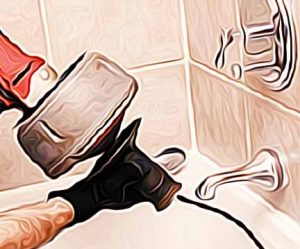 Maphira made the decision early that if she was going to be hauled through the sewers, she would be as annoying as possible about it.

“You seriously never played any Minimon games?” she asked Vai, her voice echoing through Melbourne’s dank and putrid sewer system. “Never even heard of them?”

“Nope,” answered Vai, her voice strained, likely already irritated at Maphira’s constant talking. “Should I have?”

Although Vai couldn’t see it, Maphira gave her former partner a shocked look through the darkness. “Of course, you should have! Minimon is the global sensation that took the world by storm in 1996, with the release of the first video games, Minimon Red and Green versions. Short for Miniature Monsters, Minimon sees you take on the role of a young boy about to start an adventure. You collect different monsters and use them to battle against other monster trainers, taking on difficult challenges such as the vile Team Rocketship and the country’s elite monster trainers. You put together a team of six—”

“By the almighty Lord Garthablog the 27th, just shut up.”

Maphira held her tongue for a moment. Just long enough for Vai to think she’d actually follow the demand.

“You know,” she started again, “I think Melbourne really should do better with its sewers. Why not get a good, professional drain plumber down here to clean them out a bit, you know? I think it would do the city a world of good, especially since we all seem to be down here so often.”

Vai groaned. “You idiot, we obviously paid off the premier to keep people out of here, so that we could use the sewers for secret travelling. It would do us no good to have regular drain cleaning. Around Melbourne, most people don’t go into the sewers, and that’s just the way we like it.”

“Wow,” Maphira said, “that’s the stupidest idea I’ve ever heard. Must have been a real moron who came up with that one.” Just in front of her, Maphira noticed Vai clench her fist.