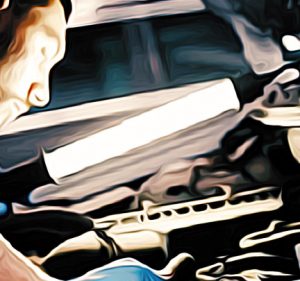 Charlie had been back in New Hobart for two weeks now, but she still hadn’t seen Fred. She’d spent most of that time in bed, because apparently, she had been badly concussed after the attack at Cambridge. It must have been a delayed concussion, though, because she’d managed to get through two whole conversations on the radio just fine.

Then again, Charlie didn’t really know that much about concussions.

It was hard not to feel down about how much the Ivory Skull had lost in the attacks by the Little Men. The old car mechanic near Brighton was in ruins, so far beyond repair that it wasn’t funny. They’d lost so many numbers. People, too. They’d lost a lot of numbers and a lot of people.

It made Charlie want to head out and start hunting these Little Men, or Little Devils as she’d started thinking of them as. She knew it would be foolish to do so – there was no chance she’d survive. Regardless, something had to be done. It kind of felt like they were just waiting for the Little Devils to finish the job. They were sitting ducks.

Charlie gazed out the window, watching the twinkling lights of New Hobart. It really was a beautiful little bastion of humanity. Maybe the Little Devils would recognise that and leave them alone.

She sighed. Oh, how she’d miss that old Brighton auto repair shop. She would have vengeance for what those Little Devils had done, one way or another. Charlie simply hoped that the rest of the Ivory Skull would join her in hunting them down.

Perhaps it was time she took matters into her own hands. Fred Bentleigh had been busy since her return – that was fine – but if he wasn’t going to take the time to see her, she’d have to get proactive. She’d waited patiently long enough. It was time to storm into his office and demand to know what he thought about this business.

No more pretending to be mechanics working in Hobart between them. Things were serious now, and she needed to start treating it that way.