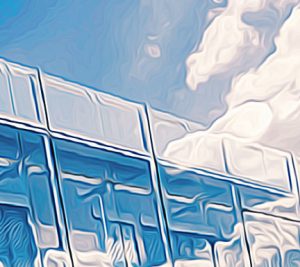 Rylee stood stunned, staring at a ghost. She’d never thought she would see it again, and yet here it was, right before her eyes. The glass balustrade she’d accidentally destroyed as a child.

She’d almost forgotten about that whole incident. How had it ended, again? She couldn’t quite remember.

Deep in the glass production facility now, Rylee knew there wasn’t far to go before she managed to corner Jon Saleson, hiding like a coward in his office. Then, she would get the answers she had come so far for.

But first, she had to get past this balustrade. Oh, how her father had been so angry when he had discovered what she’d done. He’d screamed about how he’d have to search for a business for glass repair in Melbourne, ranting for what felt like hours. And yet, Rylee couldn’t remember being punished for it. Surely the penalty had been harsh, with anger so intense.

Rylee stared up at the magnificent barrier, one of the finest she’d ever seen when it came to glass balustrades. Melbourne had some good ones, too! No wonder her father had been so mad. This was not just a glass barrier, it was a work of pure art.

Gulping, Rylee approached the balustrade in her way. She wouldn’t destroy it again. She’d have to climb over it instead.

As she placed her hands on top of the balustrade, a memory flashed through Rylee’s mind.

She hadn’t been punished for destroying the balustrade. No, Maphira had instead. She’d taken the fall, claiming she had been the one to throw the rock. It had been one of the nicest things her older sister had ever done for her.

Suddenly, Rylee felt terrible for what she’d done to Maphira. Given her over to Vai. Of course, she wanted to be with Cole, but there had to be a way to have both of them in her life.

Sure, Maphira had kept the truth about Cole from her. But that didn’t mean she deserved to endure whatever the Mechanists were putting her through.