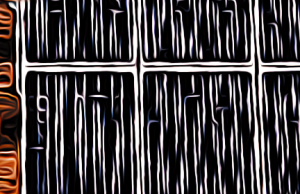 Dr Dark McBane stood before all in attendance at the strange auto work theatre. He spread his arms wide, looking over at the Bender robot. “I will now explain what is going on here in excruciatingly unnecessary detail because that’s just something you do as a mad scientist right before a test.”

Maphira prepared to catch onto every detail, seeing as gathering information was the entire reason she’d allowed this to go on for so long.

“We are gathered here today to witness the historic first test of Project Bender, which the Conclave of Mechanists has been working on for many months now. After the previous head scientist mysteriously fell into a pit of crocodiles, I, Dr Dark McBane, took over the project and have brought it to its completion.”

Maphira had to bite her tongue, wanting to shout out that he should just get on with it. Better to let the doctor talk about all his evil robots and energy plans. She was half expecting him to start going on about the benefits of solar power for business.

“The Bender Bot has been designed to twist the minds of its victims, as a sort of basic mind control, if you will. Hence the name, bending the minds of those who oppose us. This test will involve Bender forcing the subject, Maphira, to reveal the location of the Resistance’s secret base. If all goes well, we will have an attack launched there by the end of the day.”

Oh my gosh, it’s straight out of Space Battles, Maphira thought. I’m Princess Lila and he’s Dark Invader. This is so lame.

“Are the energy cells and power systems turned on?”

Dr Dark McBane turned to Maphira and grinned. “Then Project Bender, it’s your time to shine. Find out where the Resistance base is, using whatever means necessary!”