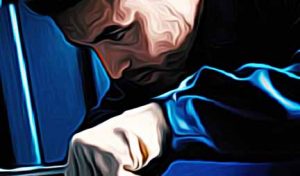 ‘You know, I have no idea what the aircon actually looks like.’

I glanced over at Drew in the passenger seat, slowly chewing on a brownie. He’d asked me to pick him up from a dental appointment, and I still owed him for helping me move a couch a few weekends back.

‘The aircon,’ he said, pointing at the vents in my dashboard. ‘I don’t know what the whole thing actually looks like.’

‘Well, it’s…’ I frowned as I realised I had no idea either. ‘It’s just a standard aircon, I guess.’

He took another bite of the brownie.

‘I’m sure that mechanics would,’ I rolled my eyes. ‘We could stop in at one of the car repair shops near me, if that would help you?’

‘What if they’re lying?’ he whispered.

‘The mechanics.’ His eyes flared wide. Another bite.

‘Why would the mechanics… what are you talking about?’

‘You know, I heard of a mechanic near Adelaide who regasses air conditioning systems in cars,’ he nodded, more or less having the conversation with himself at this point.

‘So, what gas is it?’ he asked, fixing me with a conspiratorial stare. ‘What exactly are we breathing?’

‘The breathable kind!’ I snapped, stopping slightly too hard at a red light. ‘The gas is just the refrigerant. It just needs to be repressurised every now and then to make sure the system is working right.’

His eyes widened even more, as he pressed himself against the door.

‘A mechanic?’ I frowned.

Before I could stop him, he’d unclipped his seatbelt and thrown open the door, running as fast as he could through the intersection, away from me.

‘Drew!’ I called after him, shaking my head. With a sigh, I reached over and pulled his door shut.

As I leaned back, I noticed he’d left his brownie on the seat behind him.

I shrugged and took a bite.