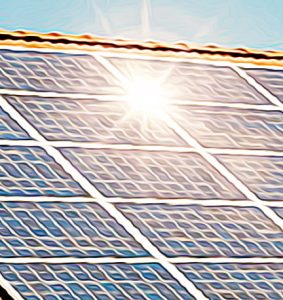 The first face Maphira saw upon entering the secret bunker was that of her sister.

“Rylee? What are you doing here?”

Rylee didn’t answer. Instead, she took three long steps forward and wrapped her arms tight around Maphira. “Mai, listen. I’m so sorry I betrayed you. That I gave you over to that traitor, Vai. I’ve regretted it every moment since, especially once I worked out that Cole was just a robot made by the Mechanists.”

Ah, so she’d figured it out and had a change of heart. Guilt tugged at Maphira as she thought about the truth, realising there likely wouldn’t be a better time to reveal what had really happened to Cole. “Rylee…”

“How did you manage to get back?” her sister asked suddenly. “I thought you were a captive to the Conclave?”

Maphira shrugged, the confession temporarily forgotten. “Fortunately for me, Vai was stupid enough to use a 500KW solar system instead of several 30KW solar system installations for the big Project Bender test, which caused it to overload. In the chaos, they kind of forgot all about me.”

“That’s incredible!” Rylee said. “Now, I imagine you need to report to Ratroti, but do you have any idea what actually happened to Bender?’

Shaking her head, Maphira said, “Not really. My guess is that the robot is currently looking for some commercial battery storage to take the energy from and recharge, but it could be anywhere, really. We have to stop it, somehow. It’s a mind-control robot, so we definitely don’t want it falling back into the Conclave’s hands.”

Rylee nodded. “Makes sense. Well, come on. I’ll take you to Ratroti. I’m kind of a hero around here after I came in with a bag of seeds and saved the day.”

Having missed her chance, Maphira figured she’d just have to find another time. The truth could wait a day or two longer, surely.